The Corangamite Catchment Management Authority (CMA) is committed to tackling the challenge of climate change by promoting regional climate change adaptation and mitigation programs and reaching net zero greenhouse gas emissions for our own operations by 2024 – our Carbon Neutrality Action Plan.

The overall goal of this plan is for the Corangamite CMA to reach net zero emissions for our own operations by the start of 2024 and move to 100% green power by the end of 2021.

A key component of the plan is to reduce emissions as much as possible, and any remaining emissions to be offsets through local projects in our region. 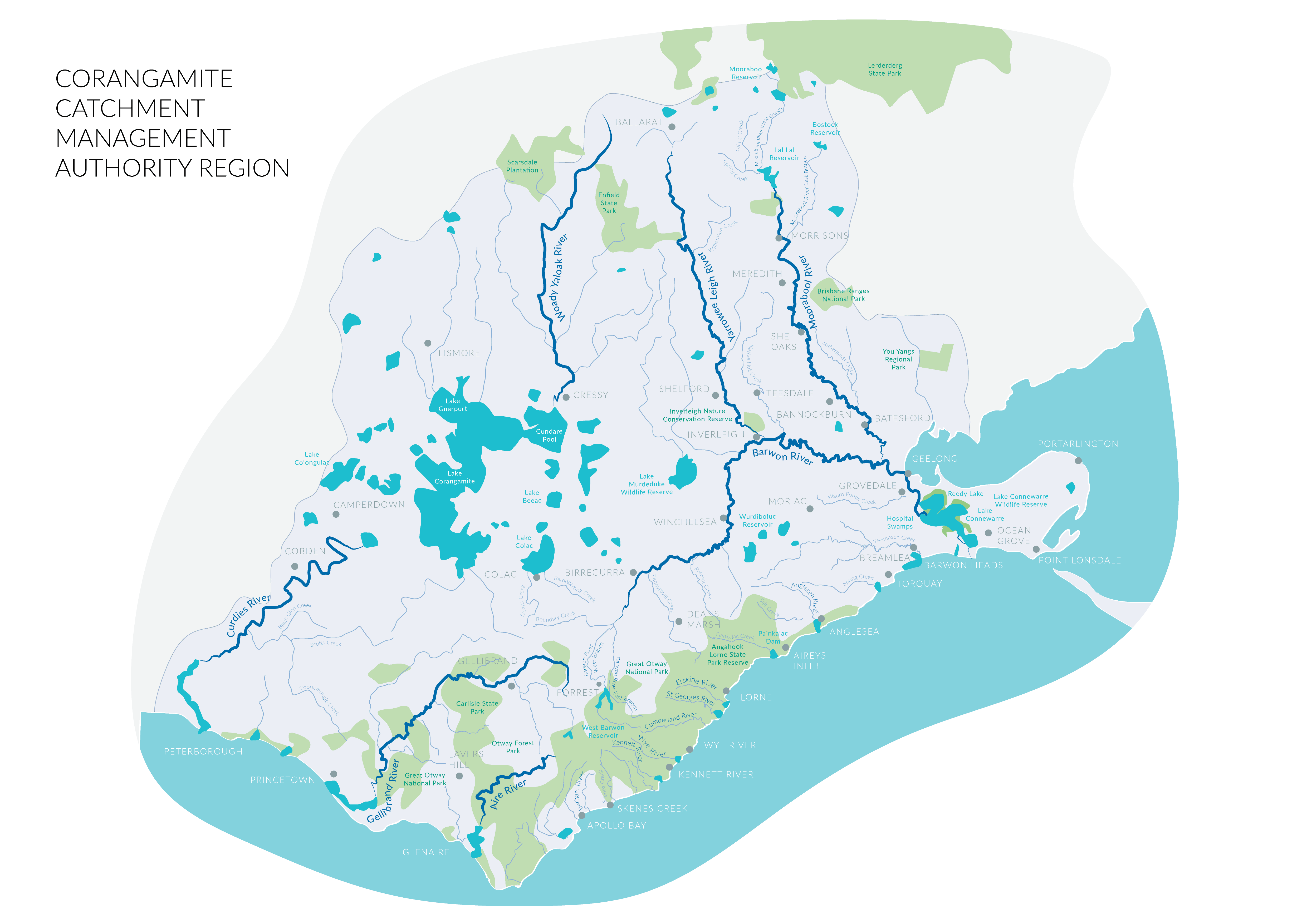 How is CCMA Supporting Regional Action on Climate Change?

The focus for the Corangamite CMA has been ensuring ‘Natural Resource Management’ (NRM) is included in all regional decision making.

The Barwon South West Carbon Offset Program is a pilot program that will allow Corangamite CMA to assess carbon projects and align them to the carbon offset requirements of 10 local governments.

What does Climate Change mean for the Corangamite Region:

It is expected that climate change will impact the region’s native vegetation, for example loss of plant species because of higher temperature and lower rainfall, changes to natural fire and flooding regimes and climatic conditions favouring new and established weed species.

Many flora and fauna species have evolved over thousands of years and may not have the ability to adapt to what will be a rapidly changing climate. A climate that is hotter and drier will lead to other indirect impacts such as changes to natural fire and flooding regimes.

Our native vegetation will play a significant role in climate change mitigation, through its role in carbon sequestration, so any threats are serious. We need to help flora and fauna populations adapt to climate change, as well as create more resilient landscapes.

The region’s waterways are expected to be impacted through projected increases in temperature and overall decrease in rainfall. However, extreme rainfall events will also mean more frequent flooding. On top of this, many of our waterways have undergone decades of stress and it is expected that waterways such as the Moorabool, Leigh and waterways along the Otway Coast will suffer the greatest.

Climate change will impact both the region’s extent and quality of wetlands. A reduction in the frequency and duration of rainfall events, combined with an increase in the duration of drier periods will lead to the drying of shallow wetlands.

Projected sea level rise, temperature increase, reduction in rainfall and an increase in extreme natural events (i.e. flooding) are all expected to impact the ecology and dynamics of the region’s estuaries. Existing threats, such as acidification, changes to natural estuary openings and nutrient levels may also be exaggerated by the indirect impacts of climate change.

Sea level rise will impact the region’s 175km of coastline with increasing inundation and erosion as well as direct impacts on coastal habitats and biodiversity. Projected increases in storm surges will also directly impact many of the region’s coastal assets. Coastal habitats such as seagrass meadows and mangrove communities also play a significant role in carbon sequestration and must be protected.

What does it mean to be Carbon Neutral?

It means in the first instance reducing our emissions to the lowest possible and then utilising carbon offsets to reach full carbon neutrality. Carbon neutrality also means that our emissions performance is measured in line with Australian Government endorsed standards, is verifiable and is audited.

The Corangamite CMA acknowledge the Wadawurrung and Eastern Maar Traditional Owners of the land and water where we work, and pay our respects to their Elders past, present and emerging