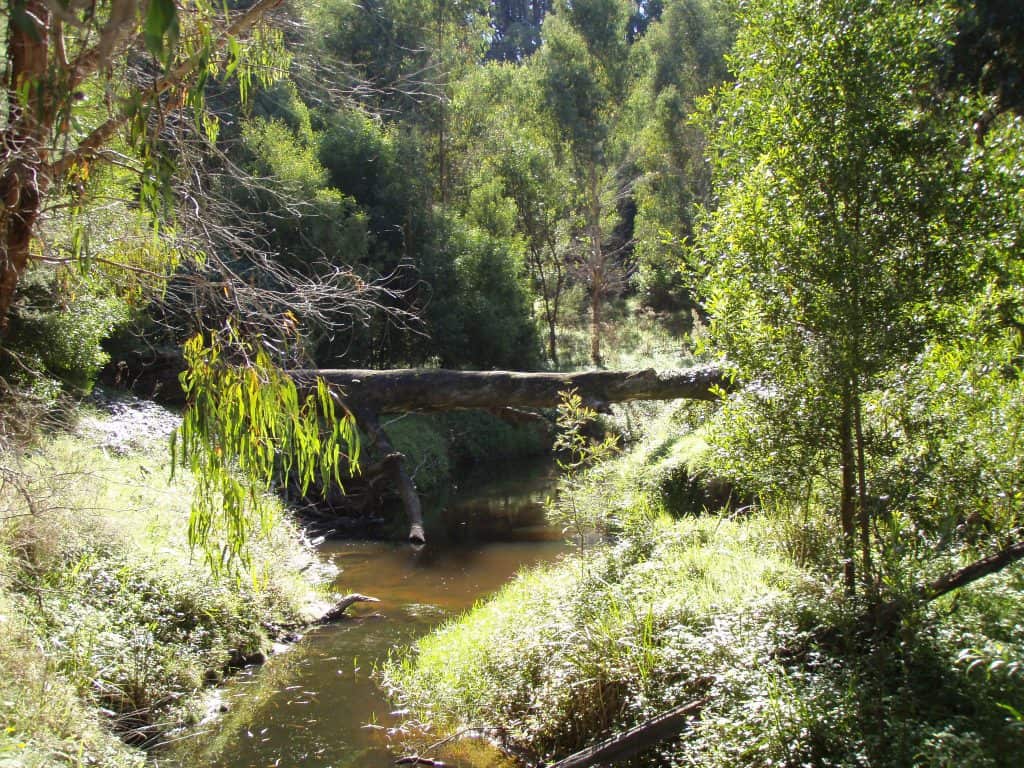 Learn about the waterway protection program

Charley Creek is a tributary of the Gellibrand River meeting near the township of Gellibrand in the Otway area. This project was staged across two parts, starting in 2014 with the first section of willows being removed and trees planted, see pictures below 2014 and 2019 comparison.

The second stage of this project has been successful in eradicating the final section of willows from Charley Creek Tributary, and is now recovering with native vegetation which will act as a filter for sediments and nutrient and corridor for local bird species.

These works are the latest in a long history of willow removal in this area of the Otways. These photos were taken a few hundred meters up stream of the Charley Creek Tributary confluence and are nearly two decades since willows were removed.