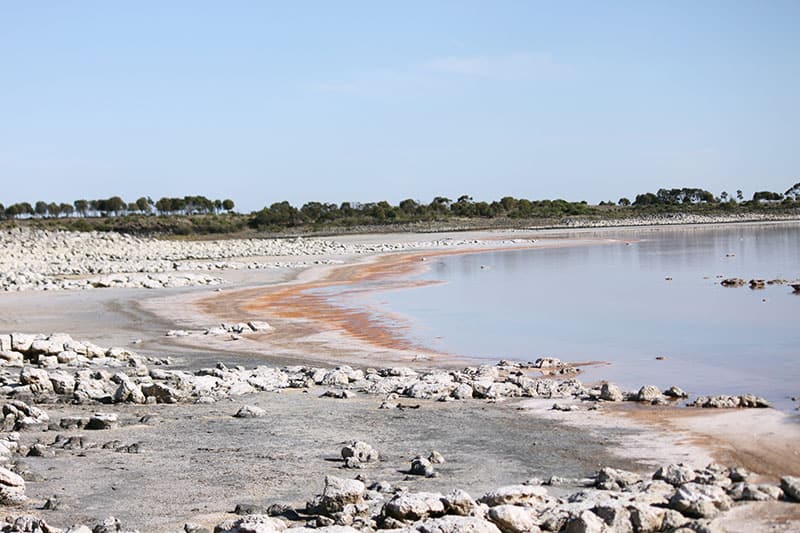 Ramsar is an international agreement for the protection of wetlands of international significance. Within our catchment we have two RAMSAR areas – the Western District Lakes Complex and the Port Phillip Bay and Bellarine areas.

The Western District Lakes Ramsar Site was listed in 1982. This complex consists of nine lakes between Camperdown and Winchelsea on the Victorian Volcanic Bioregion. These lakes include Lake Corangamite, Lake Beeac, Lake Bookar, Lake Colongulac, Lake Cundare, Lake Gnarpurt, Lake Murdeduke, Lake Terangpom and Milangil Lake. The lakes are a mixture of fresh and saline and rainfall/runoff and groundwater fed systems.

Salt tussock grass (Poa sallacustris), Spiny peppercress (Lepidium aschersonii) and the Corangamite water skink (Eulamprus tympanum marnieae) are some local threatened species which rely on these lakes. Waterbird monitoring is currently undertaken by Birdlife Australia four times a year and is supported by the Corangamite CMA.

Port Phillip Bay and Bellarine Peninsula Ramsar site is one of Victoria’s most important Ramsar sites providing a feeding ground for migratory bird species. It was declared a Ramsar site in 1982.

This is a significant system as it supports shorebirds and waders from the northern hemisphere in very large numbers of up to 300,000 individuals. It supports 12 threatened fauna species, including the critically endangered Orange-bellied parrot, one threatened plant community and is important habitat for over 50 fish species.

The management plan was developed by the Corangamite CMA, DELWP and other agency partners. This plan aims to maintain the current ecological character of these wetlands and replaces the previous management plan drawn up in 2003.